Mvelo Air and associated businesses have been operating in the greater Durban area since 1986 specializing in the design, installation, service and maintenance of commercial and industrial air conditioning, refrigeration and ventilation systems throughout South Africa and Swaziland for established enterprises. Under the new ownership of Mervyn van Zyl since May 2014, has resulted in growth linked to a core group of strategic customers.

Mvelo has over 25 plus years’ experience in the commercial sector, including several years as Group Finance Director for one of the largest JSE listed diversified Media Holding Companies. With his ownership key areas of compliance, risk management and are now ingrained into the company culture. His management team includes Bradley De Gee, who personally project manages all the large contracts awarded to Mvelo, and Greg Smith who has many years of practical experience in refrigeration and HVAC projects. This leadership team together with our experienced supervisory team provides Mvelo serious capability to execute on a range of projects.

Mvelo air recently acquired premises in Westmead, which has allowed the company to expand the metal fabrication division. With approximately 50 staff Mvelo operates on national basis, our projects schedule besides work in KZN also currently includes work in the Limpopo Province, Western Cape, Eastern Cape and North West Province. Installation work has also been completed in Mozambique and Swaziland. 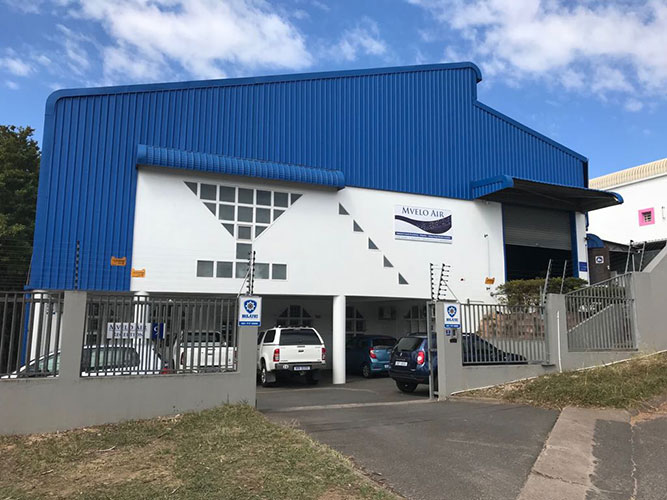 We pride our business on ensuring complete customer satisfaction with the quality of our workmanship and our communications while on the job. Efficient project management methods ensure our work is competitively priced and our team is employed, not contractors. We keep current with our training and certifications to always deliver on time and to budget.

Our fully licensed tradespeople, including Refrigeration Technicians, HVAC technicians, Coolroom Builders, have a proven track record of providing the best service for any client’s needs. All works are performed by Mvelo’s employees with no input from sub-contractors

The Occupational Health and Safety Act (1993) are adhered to in all aspects.

The Business, Mvelo Air has a BBEEE Rating and is one hundred percent (100%) compliant with Government regulatory standards, and is a registered vendor with PWD, National, Provincial and Local Government including Municipalities. We currently have a Level 2 BBEEE status.